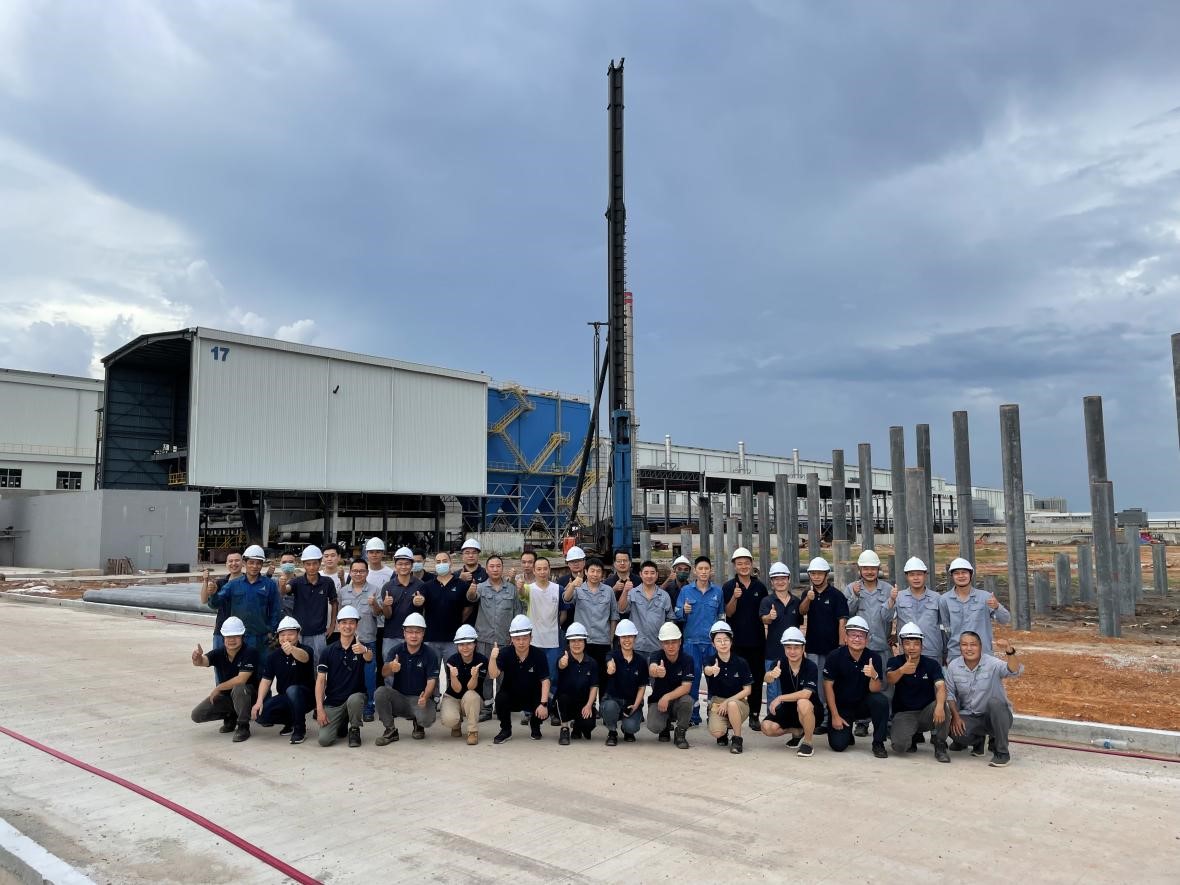 At the meeting, Mr Li Shengfeng, Chairman of the Group said, the centralized launch of new overseas projects is a milestone in the development of Xinshengda. From 2018 till now, the PM2 of XSD International Paper Sdn Bhd has been successfully started for more than 3 months. During this period, Xinshengda Group opened the prelude of overseas investment from 0 to 1, the experience of fumbling the way to cross the river in the past four years has laid a solid foundation for the new projects. Therefore, in the process of advancing the new project, various departments of China and Malaysia are required to cooperate with each other, speed up the pace, operate at a high speed, and complete the tasks strictly in accordance with the established goals.

The 5800 paper machine with a speed of 800m/min will be selected for the PM1 of XSD International Paper Sdn Bhd with an annual output of 500,000 tons of coated duplex board. The product will be precisely positioned in the local high-end coated whiteboard market. The project is expected to complete its construction in December 2023 and enter the testing stage.

The total investment of the new projects in the two bases is $ 250 million dollars, and the annual output value is expected to be $480 million dollars after reaching production capacity and will provide more than 500 local employment opportunities.

The Group insists on advocating humanistic care, in order to allow our employees to better live and work overseas, the construction of the modern technical expert building will also start simultaneously. It will be divided into suites, single rooms and family rooms, which are expected to accommodate 200 people. In addition, a 44-person management villa will be built.

Xinshengda Group will continue to create new development momentum in the papermaking layout, steadily improve its own strength, deploy new product markets, and actively expand domestic and overseas business, so as to achieve a new take-off of the company!